Warning: count(): Parameter must be an array or an object that implements Countable in /home/customer/www/slivovitz.tastebrandy.com/public_html/wp-content/plugins/readers-from-rss-2-blog/readers-from-rss-2-blog.php on line 107
 Zuta osa – Slivovitz 
Warning: Use of undefined constant full - assumed 'full' (this will throw an Error in a future version of PHP) in /home/customer/www/slivovitz.tastebrandy.com/public_html/wp-content/themes/omega/header.php on line 17
[Read more...]" />
Share with

The name of the most popular brandy from Flores family is Zuta osa, meaning Yellow wasp. The name was chosen thanks to the o 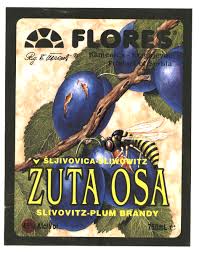 I’m not sure if anything changed the face of the Earth as much as World Wars, at least, from the perspective of the human race. I’m quite sure that a random turtle wasn’t that much affected by those events. Or, maybe I just hope so. In the period after WWII every country did its best to recover itself, and sometimes the moves that were made weren’t really the example of a justice, as much as unnecessary solution.

At least, that’s what we can learn from the history of Flores, the first private company in ex Yugoslavia. It’s founded in 1985, but, it’s built on the family tradition which started in 1803. So, what happened in between? In 1952, the nationalization happened. The company was taken by the republic. I don’t know how to think of it, because, I understand the moment of solidarity, and sharing everything there is with the others. But, also, it seems like a tyranny, to simply snatch something that belongs to the hard working family. Perhaps that’s what happens when the law isn’t well-defined, or when times are quite desperate. 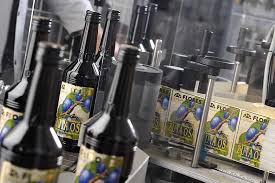 “Justice is slow but sure,” someone said, and it’s true. After the foundation of the Flores, the first 25 000 liters of brandy in the factory were the already many years old. They came back to the family wine cellar, from which they were taken many years ago.

The name of the most popular brandy from Flores family is Zuta osa, meaning Yellow wasp. The name was chosen thanks to the old tradition. You see, villagers in all around Sumadija, never wasted their time with the low quality brandy. They always used the best fruit, healthy, without any toxins, and the only way for them to be certain that the fruit is good, was a simple sign: if a yellow wasp eats it – then it has to be good. 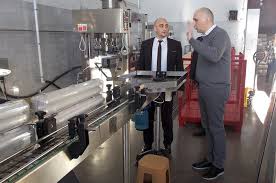 Okay, maybe someone wanted to drink anything, without advising with the wasp, but, low quality brandy could never find its special place in oak barrels, which were made for the best brandy only. People knew that if they put the low quality brandy in the barrel, its aroma would affect every other brandy that ever enters the barrel.

The quality of this brandy isn’t only confirmed by the insects and costumers, but is also confirmed by special juries on many fairs and exhibitions, on which Zuta osa won 13 gold medals.

Besides Zuta osa, there is a new product, brandy Bela osa, which means White wasp. It’s also slivovitz, but unlike Zuta osa, which is 45% alcohol, Bela osa is 40% alcohol.