Warning: count(): Parameter must be an array or an object that implements Countable in /home/customer/www/slivovitz.tastebrandy.com/public_html/wp-content/plugins/readers-from-rss-2-blog/readers-from-rss-2-blog.php on line 107
 Zenit rakije Cuprija – Slivovitz 
Warning: Use of undefined constant full - assumed 'full' (this will throw an Error in a future version of PHP) in /home/customer/www/slivovitz.tastebrandy.com/public_html/wp-content/themes/omega/header.php on line 17
[Read more...]" />
Share with

Zenit was founded in 2008, in Cuprija, and it achieved a great success in its first year of working. 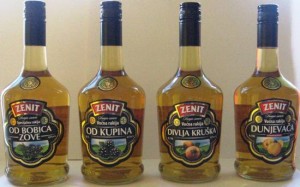 While most of the distilleries focus around already proved recipes, the distillery Zenit is focused around discovering new tastes, possible new ingredients that can mix just perfectly with the clean, high quality fruit. But, more than anything else, it is important to really love the process of creating the best brandy.

Zenit was founded in 2008, in Cuprija, and it achieved a great success in its first year of working. At the Ljubljana Fair, “Cvet gloga” received recognition as an absolute champion of the quality. The same year, “Cvet golga” won a golden medal at the 75th International Agrocultural Fair in Novi Sad.

At the 78th International Agricultural Fair in Novi Sad, Zenit received a trophy for the highest quality of all of the fruit brandies they showed. Two brandies (“Dunjavaca bela” and “Divlja kruska”) won golden medals, and “Dunjevaca hrast” won ther Great Golden Award.

People from Zenit stated that they are not interested in rushing into the homes of the possible consumers; they prefer to have awards to speak for them. Also, they are self confident enough to be sure that once people try their brandy, they won’t ask for any other. 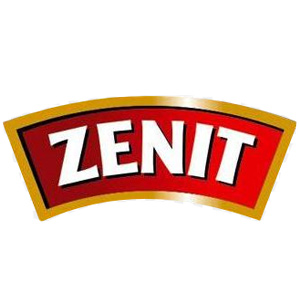 Distillery Zenit produces a very unusual brandy, which is quite unique in the entire world. It’s called “Cvet gloga” (meaning “Hawthorn flower”), and the process of its creation requires three specific steps: double distillation of native enzymes of dry grapes, double distillation of hawthorn flowers, and mixing with cereals and herbs. All the ingredients are organic. Brandy usually remains for 3 to 7 years in barrels, but many remain even longer. The basis of this brandy is similar to the basis of the whiskey, and by the strength of the taste it reminds on whiskey, too.

The hawthorn flower has been used in traditional medicine for centuries as a cure for anxiety, insomnia, and heart issues. It is known now that the hawthorn contains sugar, organic acid, carotenoid and vitamin C. However, back in the past, when people knew nothing about the modern medicine, they used this flower as a protection from demons, and also, they made a stake of the hawthorn tree in order to create a weapon to fight vampires. Not exactly fight, of course, but simply open up the coffin which contained the corpse, that might turn into undead, and nailed the stake into a corpse’s heart.

So, there you go: you have a drink that has an amazing taste, it has great healing effects, and it can even protect you from the supernatural, if you believe in it.