Warning: count(): Parameter must be an array or an object that implements Countable in /home/tastebra/public_html/slivovitz/wp-content/plugins/readers-from-rss-2-blog/readers-from-rss-2-blog.php on line 107
 Williams Pear Brandy – Slivovitz 
Warning: Use of undefined constant full - assumed 'full' (this will throw an Error in a future version of PHP) in /home/tastebra/public_html/slivovitz/wp-content/themes/omega/header.php on line 17
[Read more...]" />
Share with

Pear brandies are one of the richest tasting ever made. That’s why they are on a quite high-priced level and not so rare on the market. Pear is a perfect fruit for brandy production because of its strong aroma and sugar saturation. Thanks to wits of ordinary people some regular sorts of pear were able to ascend to a higher level of both quality and recognition. 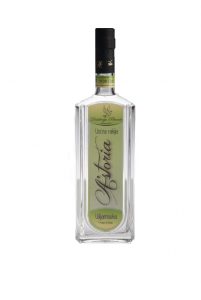 Williams pear brandy is one of those thanks to two factors, design, and taste. You might think, “design can’t be so important when it comes to brandy”, but in this case, it’s a whole different story. The bottle of this brandy is pear-shaped and to make things better inside of the bottle there is a whole ripe pear! When the fruit is still young and small bottle is attached to it. The pear grows inside of the bottle, and when it’s ready for picking it stays inside. Brandy is poured over. This affects both visual effect and the overall taste of the brandy.

The brandy itself is made out of ripe pears, which are first crushed and then left to rest. After the distillation, the liquor goes straight to oak barrels where it spends two years. Over this period of time, the drink matures perfectly, soaking oak scent notes, while at the same time pear sweetness blends with alcohol. The final product is a nice smelling and very smooth brandy.

With a fresh fruit inside both taste and aroma are becoming more intense. If you are not that sentimental, you can break the bottle and eat the pear. The fruit is fully soaked with brandy which makes it almost liquid. Be aware, one slice of this pear is very strong, so don’t eat too much. It can seriously get you drunk.

The texture of the brandy is dense. Thanks to this feature this brandy is smooth and simply glide through your throat. Aftertaste is floral, leaving the pure pleasure on the pallet. Williams pear brandy gets the highest marks on my chart and I highly recommend it to everyone who likes strong, but sweet liquors.