Warning: count(): Parameter must be an array or an object that implements Countable in /home/customer/www/slivovitz.tastebrandy.com/public_html/wp-content/plugins/readers-from-rss-2-blog/readers-from-rss-2-blog.php on line 107
 Vino Zupa – Slivovitz 
Warning: Use of undefined constant full - assumed 'full' (this will throw an Error in a future version of PHP) in /home/customer/www/slivovitz.tastebrandy.com/public_html/wp-content/themes/omega/header.php on line 17
[Read more...]" />
Share with

Production of the wine was popular in Zupa, long before the company was formed. 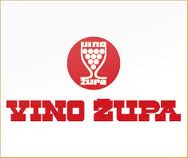 There are a few companies who managed to rebuild themselves after their transition from government to the private sector. And, I’m so glad that Vino Zupa is one of them. The company that produces not just wine, as it’s stated in the name (vino=wine), but also many other alcoholic beverages, and tasty juices.

Its incredible journey starts in 1956, when nine worker cooperatives joined their forces in Zupa, after WWII. In the entire country, it was the period of hard work, and getting everything back on its feet. It is very funny that the section for fruit juices started on the first of April, 1962, which was a pretty serious step for the day that is considered for a day of jokes.

Of course, the crisis in 1990, inflicted Vino Zupa as well as any other company, and unfortunately, the company wasn’t able to rebuild itself on its own, so it ended up in the hands of the man who was ready to bring back the good, old days of the company. In 2002, the new chapter of the story was opened, as the rainbow after the rain. 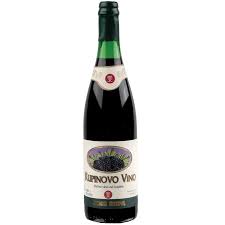 Production of the wine was popular in Zupa, long before the company was formed. There is a manifestation, called “Zupska berba,” meaning “grape harvest in Zupa,” and recent everyone’s favorite part of the manifestation included free wine tasting. It went even further, with the wine fountain where people could grab as much as they wanted, or as much as they could handle.

Personally, I never encourage the second option, but some people often end up with that one. And, it’s not very hard to end up with it, considering the old saying of the vineyard workers: “The best wine is the one that is cold, there is plenty of it, and it’s free.” This definition for sure is very rough, but the people who had a lot of good time, seem to be OK with it.

However, even that one wasn’t the greatest alcoholic attraction this area had to offer. The greatest wine attraction was, and still is, the giant cistern, whose capacity of 5.600.000 liters contains the best wine there is. Of course, there is also the Museum of wineries and vineyards, but it’s only for those nostalgic or curious people, who wish to look back, at the past. 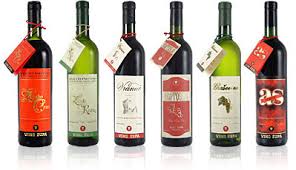