Warning: count(): Parameter must be an array or an object that implements Countable in /home/tastebra/public_html/slivovitz/wp-content/plugins/readers-from-rss-2-blog/readers-from-rss-2-blog.php on line 107
 Vinjak – A Different Kind of Drink – Slivovitz 
Warning: Use of undefined constant full - assumed 'full' (this will throw an Error in a future version of PHP) in /home/tastebra/public_html/slivovitz/wp-content/themes/omega/header.php on line 17
[Read more...]" />
Share with 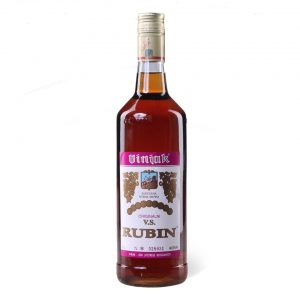 If you ever visit or meet someone from the ex-Yugoslavia, and ask about Vinjak, you’ll get a straight answer that this is something more than just a drink. It’s a spirit with a tradition and long history of consummation in this region. The story behind, it’s also quite interesting. If you looking to buy something similar to konjac, but with a brandy-like aroma in the UK, this is the drink for you.

When it was first introduced, this drink was served only on the king’s court and his ships. Its makers produced it from a grape brandy with a bit of twist and a stronger distillate. After the World War II was through, the company Rubin has been funded, and the mass production of this liquor has begun. The original recipe was a mixture of French konjac and traditional slivovitz. This combination brought something new for all liquor lovers.

Today Vinjak is still one of the favorite brands among the people at Balkans. It comes in three versions – standard, 5 years old and 10 years old, or as it’s called XO Vinjak. Each kind has a caramel aroma with a strong vanilla aftertaste. Don’t be fooled, even though the taste/aroma components are sweet to the pallet, this drink is very strong. Thanks to this caramelized twist it flows smooth both through throat and stomach. It’s served as aperitif mostly. The difference between these three is in their color and the richness of taste. Each of them is maturing in an oak barrel, so that’s why they all have that amber shade.

Vinjak is really something different when it comes to strong liquors. Each drink can be defined in or placed in a certain category, but with Vinjak this is not possible. That’s why its makers gave it a name which is also a category for itself. There are other versions, which are not produced by Rubin, but the original is original. If you have a chance, order it and try it. Your pallet will be thankful for a shot of Vinjak for sure.