Warning: count(): Parameter must be an array or an object that implements Countable in /home/tastebra/public_html/slivovitz/wp-content/plugins/readers-from-rss-2-blog/readers-from-rss-2-blog.php on line 107
 Stara sokolova – Slivovitz 
Warning: Use of undefined constant full - assumed 'full' (this will throw an Error in a future version of PHP) in /home/tastebra/public_html/slivovitz/wp-content/themes/omega/header.php on line 17
[Read more...]" />
Share with

Stara Sokolova from Kostojevici, produces high quality brandy, and for the preparation of the beverages it uses the recipe that runs in the family for three generations.

People say:”Every book has its readers.” In general, it means that every product can be sold to the right person. Of course, the price needs to be the right, too.

The founder of Stara Sokolova, Ivan Bogdanovic, recently stated that his company is working on the preparation of a new line of products, which are supposed to be cheaper, unlike their other products. You see, Stara Sokolova from Kostojevici, produces high quality brandy, and for the preparation of the beverages it uses the recipe that runs in the family for three generations. It is well received in the world, especially in Canada, Russia, Australia and USA. 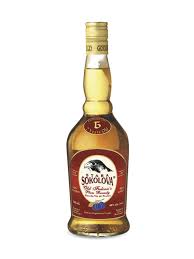 However, Stara Sokolova has the problem on a local market. Due to economic instability, most of the buyers are more interested in the price, rather than the quality. Also, it is the fact, which most of the buyers want to drink, so that they can get drunk, and not just because they simply enjoy the taste. It’s too bad, especially because it’s quite absurd that the company that produces multiple award winning brandy has to lower their standards, in order to win the hearts of the local buyers. But, I guess that it’s a lot easier than improving the standard of a regular citizen.

Brandy really had a status of liquid gold for the people living in the area of western Serbia. But, unlike gold, which keeps its value during the years, the value of the brandy grows with the time. So, back in the times when banks haven’t been around, wine cellars had the role of the treasure safes.

At least, that’s how it’s been until a few years ago, with a new law, a law that forbids the selling of the brandy made by people who follow the exact recipe for decades. One of those, who made brandy on their own, stated how many years ago, he managed to build the house, to pay son’s wedding, and similar, with the very brandy he made on his own.

While most of the companies cheered to the new law, as well as their owners, Mr. Bogdanovic stated how even though the rules are there for a reason, he still sees no reason why a company can’t buy the product from any villager, if the tests prove the quality of the brandy. After all, brandy has been produced for centuries already, and the best ones usually are those that are based on an already proven recipe. 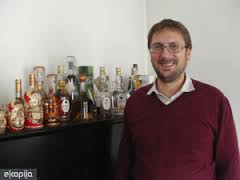