Warning: count(): Parameter must be an array or an object that implements Countable in /home/tastebra/public_html/slivovitz/wp-content/plugins/readers-from-rss-2-blog/readers-from-rss-2-blog.php on line 107
 Prokupac | Slivovitz 
Warning: Use of undefined constant full - assumed 'full' (this will throw an Error in a future version of PHP) in /home/tastebra/public_html/slivovitz/wp-content/themes/omega/header.php on line 17
[Read more...]" />
Share with

One of the most well-known products of Prokupac distillery is Manastirka Slivovitz. 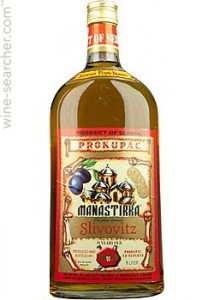 My mother still keeps the old package of Manastirka Slivovitz, made by Prokupac distillery. I remember, when I was a kid, I would always grab it, and pretend to be an adult, but a pretty drunken one. I would start talking nonsense and my sister would laugh at it. Some may say that it’s not how kids should play, but on the other hand, it seems as a way better option than sitting in front of the computer.

The story of Prokupac begins over half of the century ago, in 1955. For all this time, the factory managed to produce almost 270 million liters of beverage, and as such, became the biggest factory of alcoholic beverages on Balkan. It really makes me sad to see that after all the success this factory had, and after all the medals and prizes it won, it ended up fighting to survive, in the new, grim days.

Not so long ago, Prokupac was supposed to be joined with another company, but instead of better work with a joined forces, all that happened was the other company acting like a parasite. Business, contracts and politics almost destroyed the well-known producer of excellent drinks. 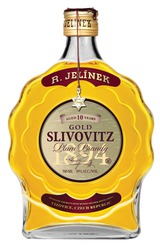 One of the most well-known products of Prokupac distillery is Manastirka Slivovitz. Besides being a tasty drink, Manastirka was often used and a healing potion. I don’t know what would doctors say, perhaps they wouldn’t agree on this, but my grandmother would use it whenever I catch a cold. In order to bring down the temperature, she would perform a massage over my hands and feet with the Manastirka. Some say that any alcoholic beverage would do the trick, but this one has been often in our home, so it had the main role in everything: healing, drinking, cheering…

Some say that the recipe for this drink was invented centuries ago, perhaps even by St. Sava himself, but those are just stories without actual proof. However, it is most likely that its production started in monasteries, as the name suggests (manastir=monastery).

Even today, during the whole struggle Prokupac has to deal with, Manastirka is welcomed in every home. I’ve seen lately on the online auctions, that people are ready to give over 2000e for a 30-year old bottle of Manastirka. Considering the fact that the crisis is still present in this part of the world, we can assume that it remained popular and that people haven’t forgotten its old glory. 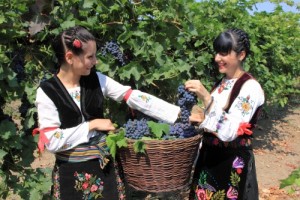