Warning: count(): Parameter must be an array or an object that implements Countable in /home/customer/www/slivovitz.tastebrandy.com/public_html/wp-content/plugins/readers-from-rss-2-blog/readers-from-rss-2-blog.php on line 107
 Kleka BB Bajina Basta – Slivovitz 
Warning: Use of undefined constant full - assumed 'full' (this will throw an Error in a future version of PHP) in /home/customer/www/slivovitz.tastebrandy.com/public_html/wp-content/themes/omega/header.php on line 17
[Read more...]" />
Share with

It’s incredible how many people forget how powerful they really are. I guess that’s why many always look for any sort of authority, to tell them what to do, because they’re unsure of what their next move should be. The proper move, I mean. As if nobody dares to make a mistake, to take a risk.

It might be because TV and newspapers taught us that everyone will always hear about the mistakes, rather than the good things we do. Let’s change it, shall we? Sit back, and relax, and enjoy some nice story.

Once upon a time, there was the worker cooperative in Bajina Basta, which started the production of a very special brandy 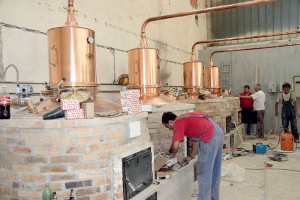 back in 1955. BB Klekovaca was the name of a brandy that was made of juniper that grows on Tara, the nearby mountain. The brandy soon became popular and spread around. It lasted for a while, before the privatization in 2006. During the process, it was decided to separate one section, the brandy production, from the rest of the worker cooperative. And, it was a good move, because there were five hard working men, who decided to save the production of the famous brandy. They paid the rent for production area and equipment, and worked for several months without any profit (the production takes time, because brandy needs to remain in barrels for at least a year).

Workers fought for the factory, and they won. 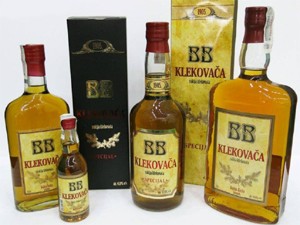 The oldest Klekovaca that still has its place in the fabric is the one that was made in 1968. Next to it, there is a glass balloon that contains 50 liters of Klekovaca from 1972. It’s one of the favorite attractions for all who visit the factory.

The heroes of our story knew that their move might be a little too risky, considering that it required a lot of investment, during the times in which such steps weren’t recommended, considering the local economy. But, since they knew what they are fighting for, they knew it’s worth it. They claim how they don’t like the idea of ordering a drink in a tavern, without knowing how the drink was made. Their slogan explains it all:”With knowledge in tavern.” 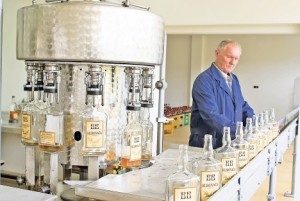 They also knew that what was once very popular sure can be easily sold (okay, they couldn’t “know” this; it’s more as if they had a reason to have faith). During the “golden years” or the cooperative, over 250000 liters were produced every year. 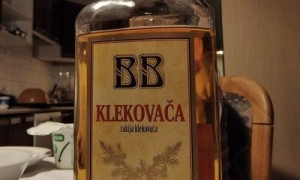